The Asia Pacific Alliance for Disaster Management (A-PAD) is a trans-national disaster aid alliance that works to facilitate cooperation and understanding between governments, private companies and NGOs in the Asia Pacific region.

Messages from the Chairperson & CEO 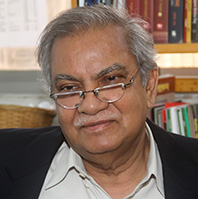 As you all know, Asia are prone to natural disasters. Of those affected, the majority were poor people. As global climate conditions continue to change, it is highly likely that Asia will continue to experience unpredictable natural disasters. These challenges require us to be more vigilant and innovative in our approaches to disaster risk management.

I look forward for collaboration & cooperation to take strong measures & ought to have a global commitment to reduce risks and build resilient societies. A-PAD member countries; Japan, Bangladesh, Sri Lanka, Indonesia, South Korea and Philippines are ready to ensure proper and quick decision- making in the event of emergency and continue facilitating collaboration among countries in the Asia-Pacific region.

Messages from each sector

It is imperative for businesses to start investing and proactively engage in various initiatives on DRR, response, and rehabilitation.

On behalf of the private sector members of the Indonesia National Platform on DRR, we are privileged to be part of the Asia Pacific Alliance for Disaster Management network.

The nature of this alliance, which is to enable multi-country as well as multi-sector forums, is a rich asset to have in order to address the key humanitarian challenges in the region. I am also proud to see the positive progress of Asia Pacific Alliance in responding to recent disasters within country members. The alliance has also strengthened its role in disaster preparedness and mitigation efforts with key projects already happening in some countries to further strengthen local network capacities.

The private sector has not only shown a very pivotal role in providing resources during response and rehabilitation, but it has also advocated the importance of embedding these efforts within the business strategy across the value chain. Evidence has taught us that businesses are affected just as much as communities are and suffer in the aftermath of disasters in terms of infrastructure, employment loss, and health and livelihood which further lead to environment, social and economic calamity. Therefore, it is imperative for each business institution to start investing and proactively engage in various initiatives on disaster risk reduction as well as relief and rehabilitation/reconstruction.

The best approach today is to form public-private partnerships which involve not only civil society and the government but also the private sector . These collaborative actions could certainly create synergy and a bigger impact in contributing towards growth and achievement of the development agenda including disaster management.

The Asia Pacific Alliance network serves the above purpose and its role is extremely important to drive integrated disaster management through fostering collaboration, strengthening local networks and learning forums as well as tapping resource potentials amongst members and beyond.

I sincerely wish Asia Pacific Alliance the best and for it to become the Thought Leader in Disaster Risk Reduction and Management network.

The Citizens' Disaster Response Center (CDRC) welcomes the launching of the Asia Pacific Alliance for Disaster Management with excitement and enthusiasm.

The launch of the Asia Pacific Alliance is a milestone in itself as it will certainly enhance regional support, cooperation and connectedness in raising awareness and preparedness, and in responding to and mitigating the impacts of disasters in this part of the globe. Asia Pacific Alliance will cover and provide information sharing in the Asia-Pacific region to respond as soon as possible in an efficient way. Also it will serve as a venue where disaster practitioners and advocates will come together to exchange information, to share experiences and to facilitate resource building as we continually face up to the challenges.

Congratulations to Asia Pacific Alliance for this undertaking. CDRC, as one of the five founding member countries, is mighty proud. 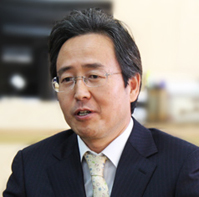 I would like to congratulate the launch of the Asia Pacific Alliance for Disaster Management. The establishment of this organization comes at a time when there is an increasing need for collective disaster response in the region. It is truly a unique partnership that brings together NGOs, governments, and businesses to jointly address the challenges and difficulties posed by a variety of disasters. The creation of such integrated networks will not only enhance cross-border disaster management efforts, but will build up a sense of community in the Asia-Pacific region. I especially welcome the involvement of civil society in this effort, as it is essential to link organic, grassroots efforts with government-level support to effectively respond to disasters on the ground. For the People's Republic of China, the Republic of Korea, and Japan, the issue of disaster management has emerged in the forefront of trilateral cooperation. As the Secretary-General mandated to promote trilateral cooperation, I wholeheartedly applaud the efforts of those involved in launching this innovative initiative and give my assurance that the Trilateral Cooperation Secretariat would be a willing and able partner in achieving their important mission.

"Countries of the Asia-Pacific region experience many severe natural disasters. In order to prevent, address and minimize damage from such disasters, the establishment of a comprehensive system of cooperation and support drawing on the private sector, non-governmental organizations, local communities, central governments and local authorities is urgently required.

The objective of the project is twofold: first, to create a disaster aid platform in each country in the Asia-Pacific region (each such platform is hereinafter referred to as a "National Platform", as further defined below; and each country in which a National Platform is established is hereinafter referred to as a "member country"); and, second, to establish and operate a regional alliance, which shall be known as the Asia Pacific Alliance for Disaster Management (hereinafter referred to as the "Asia Pacific Alliance"), which will facilitate mutual cooperation among National Platforms and across the member countries and, in doing so, will further facilitate cooperation and understanding between governments, private sector enterprises and NGOs and the provision of effective and efficient disaster aid."

We will facilitate collaboration amongst the member countries for the purpose of delivering effective and efficient disaster assistance through disaster preparedness, risk reduction, relief and recovery.

In 2009, actors from five different countries of the Asia Pacific region, such as governments, private companies and NGOs, first gathered in Hiroshima to discuss how to respond swiftly and effectively to the possible natural disasters in the region. This initiative was hosted by the Japanese NGO for disaster management, Civic Force.

Following the conference, Civic Force took the lead in conducting a feasibility study on having a pre-agreement for actors from different sectors to work together at the time of natural disasters, with the support of the Sasakawa Peace Foundation. In the process of the study, Civic Force developed a framework for disaster-relief work which could be enhanced by the existence of a pre-agreement and cooperation among different actors.

In September 2011, the Asia Pacific Relief Summit was held in Tokyo, where leaders of multi-sector actors from five countries agreed to create a framework for action in times of disaster. These leaders became the founding members of a new organization based on the framework, called the Asia Pacific Alliance for Disaster Management. The establishment of the Alliance was announced at the 5th Asian Ministerial Conference on Disaster Risk Reduction in October 2012 in Yogyakarta, Indonesia.

Charter of the Asia Pacific Alliance for Disaster Management (October 2012)

How to join us (Membership criteria)

be composed of representatives from its member country’s private sector and national disaster-related NGO sector and have a close relationship with its member country’s government.
work principally in the field of disaster preparedness, risk reduction, relief and recovery.
have and independent governing body, an independent auditing system and a bank account designated solely for the use of that National Platform.
have its headquarters in the Asia Pacific region and must be engaged in nationwide disaster prevention, relief and recovery activities.
have, or be in a position to assume, functions of financial assistance in respect of other national NGOs and fundraising for domestic and international disasters.
Should you be interested in joining us, please take a look at our Charter to know more about membership requirements and responsibilities. if you would like to inquire about the membership process, please do not hesitate to contact us.

What is a National Platform?