On October 12, a large and powerful Typhoon No.19 (Hagibis) made landfall in east Japan. A series of flooding and landslides brought by record levels of heavy rain caused enormous damage across the region. The typhoon caused 88 deaths in 13 prefectures and seven missing persons. According to the prefectural governments, 3,372 people are still unable to return to their homes (as of November 2, 2019). 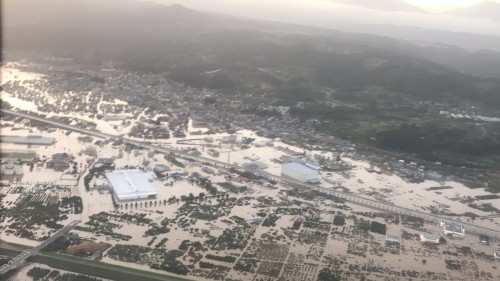 In response to the damage caused by the disaster, A-PAD Japan sent the Airborne Rescue and Medical Team to the affected areas in Nagano and provided emergency assistance activities. 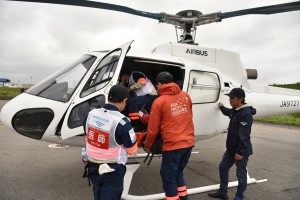 In the afternoon of October 13, the team assisted patient transfer operations for 38 patients from the Nagano Prefecture Rehabilitation Center which was experiencing a power outage due to the flooded Chikuma River. The team also provided medical consultations at two evacuation centers and prescribed medications as needed. 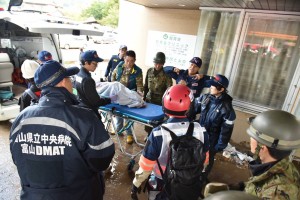 Starting October 14, upon receiving a request from the Nagano Prefectural Disaster Medical Assistance Team (DMAT), A-PAD Japan assisted patient transfers from the flooded Sanikukai Clinic in coordination with the Self Defense Force. In the afternoon of October 15, the two doctors from the Saga University Hospital returned to Saga and met with Governor Yamaguchi to discuss the assistance activities. The joint emergency assistance team assisted patient transfer operations for 238 patients at the Sanikukai Clinic. 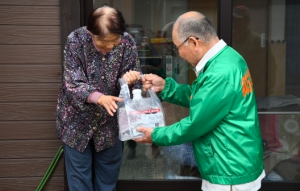