A-PAD and its partners’ emergency response team on an amphibious vehicle entered in Mabicho, Kurashiki City, where more than a thousand people are believed to be isolated, in order to search for people stranded in massive flooding there. 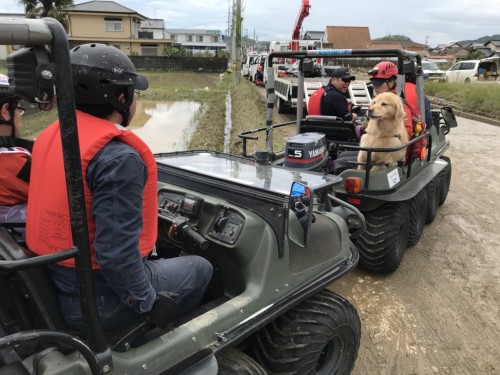 At the same time, A-PAD Japan office in Saga Prefecture is preparing for release and delivery of emergency goods to the evacuation centers in Kurashiki City, Okayama Prefecture. As of July 8, more than 60 people have died and at least 70 others remain missing in deluges and landslides.

A-PAD is committed to providing efficient and effective response to the disaster affected areas and “saving more lives in less time”. We appreciate your continued support!

If you would like to take part in our efforts, please contribute to Floods In Western Japan.  You donation can help us save more lives. We appreciate your continued support! 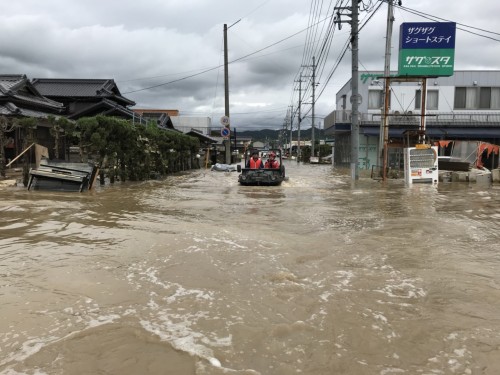