With the India Meteorological Department (IMD) predicting a storm surge as high as 5m (16ft), officials feared that Cyclone Amphan and its aftermath would be one of the worst storms to hit in the history of Bangladesh, with lasting damages that would take years to recover. In response, to cushion the impact, A-PAD Bangladesh and Community Initiative Society (CIS) took immediate action and proposed an intervention aimed to address fundamental health needs of the affected families by providing food and non-food items.

Cyclone Amphan affected one million people across nine districts in the divisions of Khulna and Barisal, causing at least 26 deaths. Damaging effects began even before the landfall as coastal water levels rose, causing an estimated ৳11 billion (USD $130 million) in total cyclone damage.

These damages include 17 inundated villages across the Galachipa, Kalapara, and Rangabali Divisions of Patuakhali District due to the collapse of embankments. 220,000 homes were damaged in Satkhira District from 151 km/h winds, of which 55,667 were destroyed, rendering an estimated 500,000 people homeless according to the United Nations Office for the Coordination of Humanitarian Affairs.

In addition, low-lying areas in Barisal were submerged 0.9–1.2m (3–4ft) under water and flooded rivers affected parts of Rangabali and Galachipa Upazilas in the Patuakhali District and parts of Khulna and Bagerhat Districts. 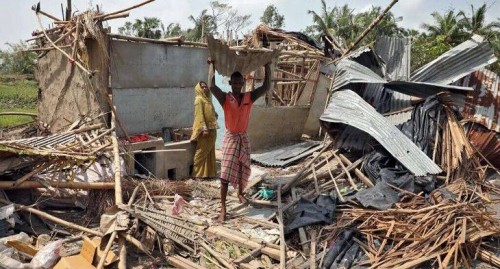 With CIS, A-PAD Bangladesh chose Golachipa Upazila, Patuakhali District and Sadar Upazila, Baherhat District as direct beneficiaries for the distribution of emergency food packs, plastic tarpaulin (tirpal) for emergency house roof repair, and ORS powder to combat diarrhea / dehydration. Both are coastal communities that were along the destructive path of Amphan, where a large number of Boro rice paddy fields, fish farms, and houses were damaged. 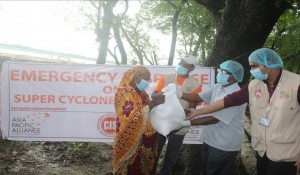 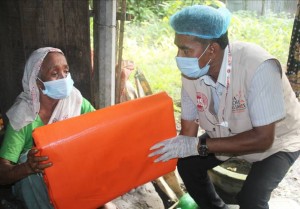 Although the emergency relief program was conducted successfully, it was especially difficult to conduct due to COVID-19 which has been heavily affecting Bangladesh. The team made sure to prioritize the safety of the staff as well as the community by following the rules of sanitization and social distancing. Despite experiencing parallel disasters, the community and people of Bangladesh were satisfied with the outcome of the program and activities. 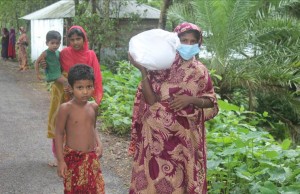 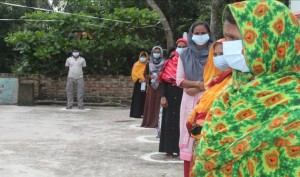