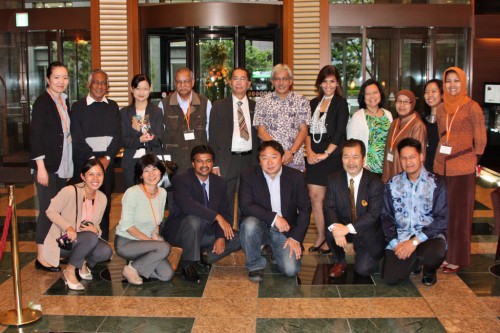 On May 12, APADM (the Alliance) held the 2nd General Assembly and Strategic Dialogue at Celestine Hotel’s conference rooms in Tokyo, Japan. The meeting was attended by official members Japan, Indonesia, Philippines and Sri Lanka (South Korea was not able to attend but a power of attorney was submitted) as well as observer countries Bangladesh, Myanmar, and Brunei. The meeting saw discussions on the Alliance’s mid-term strategies and concrete plans for the formation of each country’s National Platforms (NP). Each country representative also gave an update on their activities, especially those related to APADM, and put forward ideas for the use of funds and suggestions on formulating capacity-building project proposals. 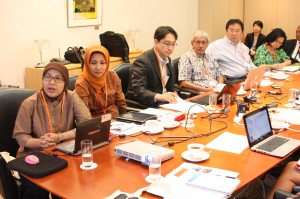 In order to realize the goal of establishing a mutual support mechanism, each member has been actively working on the formation of NPs in their countries through collaboration with private companies, governments and NGOs.? Representatives from the Philippines announced that they are planning to launch the NPs by January 2015 with the cooperation of local government units and small to medium sized enterprises. PLANAS Indonesia presented their workplan for this year, while Sri Lanka gave an update about the pilot capacity building project being implemented.

During the second session, group discussions were conducted on the formulation of capacity building projects for the Philippines, Bangladesh, and Indonesia as well as inputs on the drafting of guidelines for the use of emergency response funds. 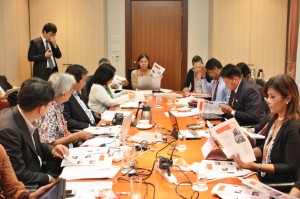 The 2nd General Assembly was also held with the participation of the organization auditor. The Executive Committee approved the interim report, annual report, and financial report prepared by the Management Office. All participants agreed to share more information and move forward to achieve the agreed action plans to promote the enhancement of the Alliance.