HOMENewsEmergency relief for Typhoon Hagupit affected areas in the Philippines

Emergency relief for Typhoon Hagupit affected areas in the Philippines 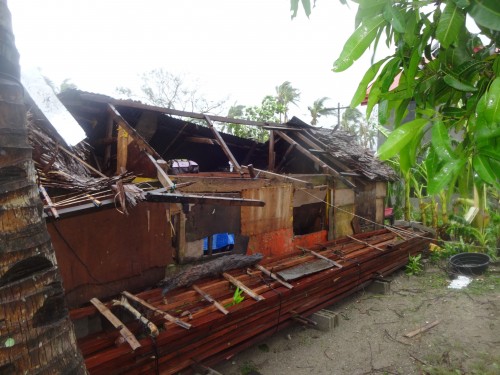 In response to the destruction caused by Typhoon Hagupit, which made landfall in northeastern Samar in the first week of December, A-PAD and Philippine national representative Citizens’ Disaster Response Center (CDRC) planned a joint implementation of emergency relief assistance in the areas most affected by the typhoon. Still reeling from the effects of Typhoon Haiyan in 2013, affected communities once again suffered loss of lives, damage to property, water sources, farms and crops and livestock. Inside the evacuation centers, the children and the elderly face greater health risks because of overcrowding, lack of food, high probability of ingestion of unsafe drinking water, inadequate availability of water for hygiene, and lack of access to sanitation. Damages to infrastructure and livelihood make it incredibly difficult to recover.? According to the National Disaster Risk Reduction and Management Council (NDRRMC), the typhoon affected 694,277 families with 186,694 families being served outside and inside 3,003 evacuation centers. 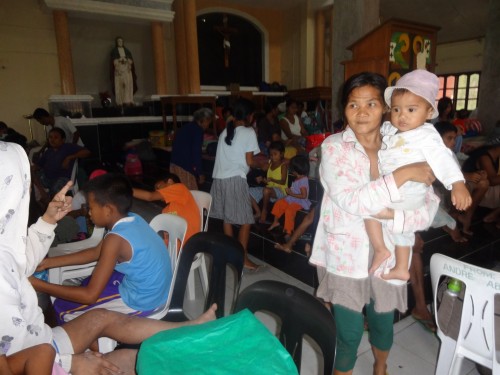 Immediately following Typhoon Hagupit’s landfall, CDRC and its regional center Leyte Center for Development (LCDE) began to deploy staff on the ground to conduct a quick assessment of the affected areas for relief assistance. The municipalities of Mapanas and Lope de Vega in northern Samar suffered particular damage, and consequently 650 families from 16 villages were selected to receive emergency relief goods. Beneficiary selection and validation have been completed in December and relief packs consisting of food items such as rice, beans, dried fish, cooking oil, sardines and non-food items such as sleeping kit and hygiene kit will be delivered directly to the beneficiaries in early January.

In addition, A-PAD has donated large plastic sheets for public infrastructures destroyed by the typhoon. These sheets will be distributed in the same municipalities and will help provide temporary roofing or walls to structures such as schools, barangay halls, etc.