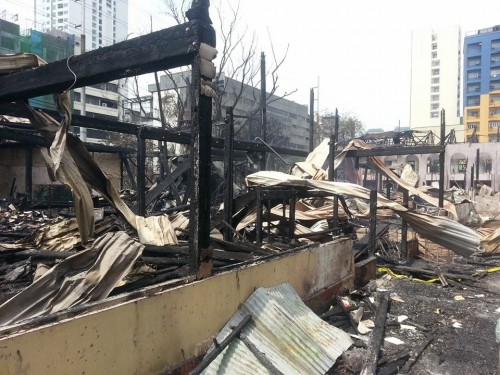 According to Faculty President Oliver B. Leonardo, the fire gutted down the historic 74-year old Gabaldon Building of the school on Feb 17th. The Gabaldon Building consists of 38 classrooms including the Principal’s office, Conference hall, E-classroom, library, computer room, clinic, canteen, feeding room and guidance room. Kinder to Grade V classes were held here as well. The fire destroyed and burned everything from blackboard chalks to computers. Properties amounting to PHP 35 million turned into ashes due to the fire which was found by the investigators to have started in the school canteen. 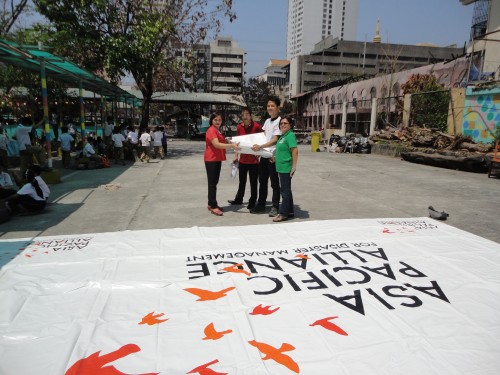 The total number of students at Gregorio del Pilar is approximately 1,700. Some students are now forced to hold classes outside their burnt classrooms. The Philippines is now on its dry season (Dec-June) and March is already the beginning of summer, making it very difficult for students to hold classes outdoors.

In order to help the students and teachers during this difficult period, A-PAD and its Philippine national representative the Citizens’ Disaster Response Center (CDRC) distributed 5 tarpaulins to the school. The tarpaulin measures 4m×6m and it will be used for makeshift classrooms as well as for the graduation ceremony which will be held on March 26th.