It has been one week since the earthquake caused severe devastation in Nepal, and A-PAD’s joint team with Peace Winds Japan has been tirelessly conducting its emergency operations on the ground and?providing support to the affected communities through medical support, food security, and search and rescue. The Nepalese government has confirmed that more than 7,000 people have died in the disaster and several remote mountainous areas remain inaccessible, leaving the true scale of the devastation still unknown.

Providing air access for the injured and continuing SAR operations

On May 2nd, the SAR team continued to coordinate and gather information from the local military to determine locations that are in most need of immediate search and rescue operations. After discussions, the team and the two sniffer dogs journeyed by chopper to a village called Liping close to the?Chinese border and conducted a search for missing people. 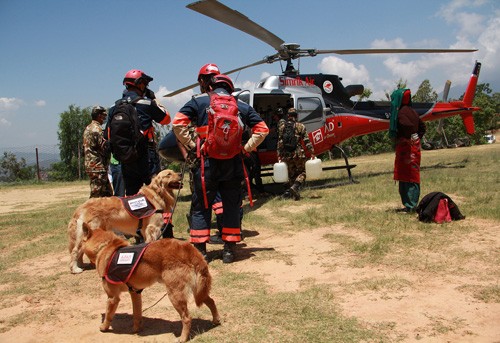 In Liping, the team had to pass through a road blocked by crushed vehicles megaliths that had fallen from the cliff. Houses have been completely damaged and due to the inaccessibility of the area, people have been unable to receive to help to recover or clear the debris. As the team grasped the full picture of the devastation in the town, they started a search and rescue operation based on information gleaned from the local authorities and residents.

In addition, in order to save more people A-PAD utilized the chopper to transport injured residents to Chautara for medical care and reunify others with their family ?as well as deliver relief goods while the SAR team was conducting its operations.

Food security for survivors yet to receive help

While the?SAR team was conducting its operations to search for missing persons in Liping, our relief team distributed rations packs in the district of Sindupalchowk, one of the most devastated areas in Nepal with more than 1,400 people known to have died here. 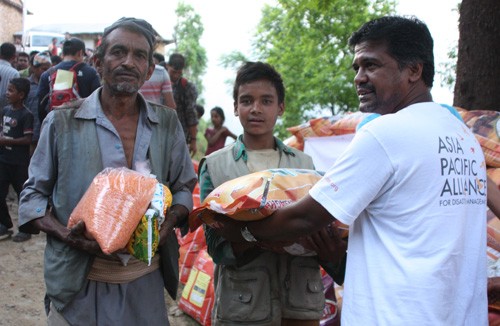 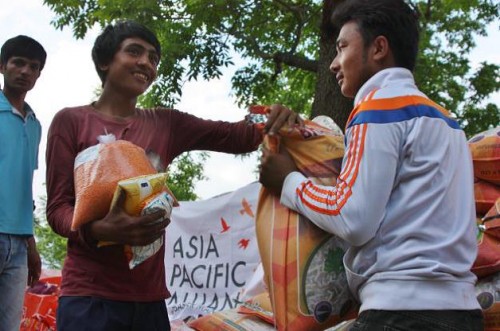 Located at an altitude of 2000 meters on the summit of a mountain, almost all the houses in Kubindhe village have been completely destroyed and the residents are camping outdoors under handmade huts or makeshift tents made from plastic sheets. Not one relief mission has made it to this village so far and the nearby market, having been damaged from the earthquake, has made it very difficult to purchase necessities such as food. The situation is very tense in many villages located high up in the mountains due to the scarcity of food and agitated residents have caused disturbance towards incoming government vehicles and aid organizations. 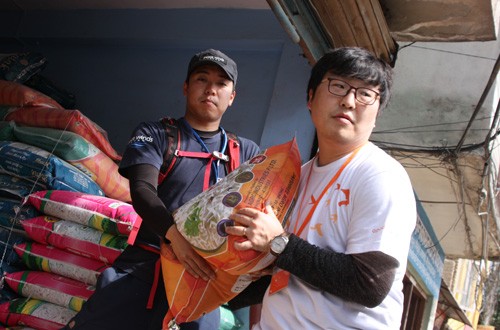 Our team journeyed for 4 hours to Kubindhe village and there distributed rations packs containing rice, lentils, salt, cooking oil among others to 200 families. Due to the deteriorating security situation, we coordinated with the local police who assisted us in the delivery of the goods.?The local CBO ‘Janahit’ coordinated with village leaders and other CBOs in collating the beneficiary list based on vulnerability, prioritizing families who lost their loved ones/homes, and extent of injury to people and damage to households. 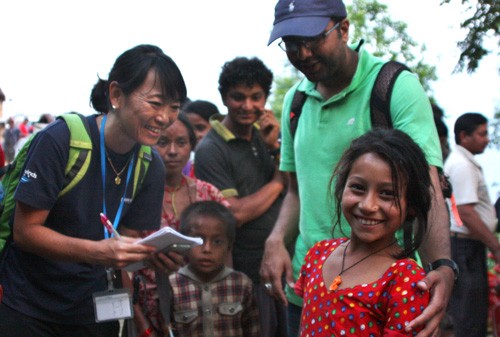 We plan to distribute additional ration packs to 500 more affected families in the next few days.

Here are a few words from our beneficiaries:

“When the ground started to shake violently, I ran out in confusion and saw my house collapse at the moment I did. Now I’m living in a shelter I built from iron sheets with my family of 10. This is the first time I have received any help and I’m so happy. But we are in a really tough situation now as I have to clear the debris of my house and rebuild it.” 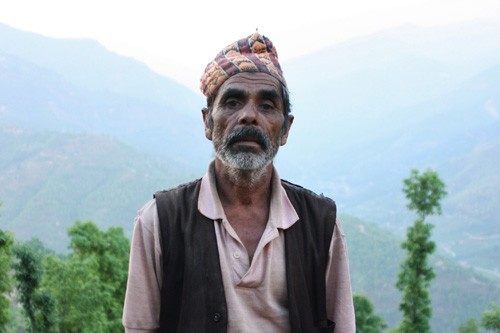 “I am 19 years old and was in the field when the earthquake occurred. I had left my one year old daughter at home with my father-in-law. I ran back to find my home totally destroyed with no sign of my child. I rushed through the rubble in search of my daughter. She was on the floor where I had left her amidst rubble all around her. The ceiling just above her had not collapsed. I am thankful that my daughter survived.” 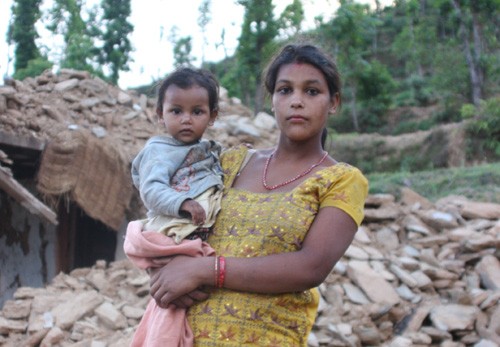 Medical support for the injured

A-PAD member Dhaka Community Hospital Trust deployed its team to Kavrepalanchok district, where they?have set up a medical camp at Mahadevsthan municipality?and?started a mobile hospital to the remote areas where they coordinated?with the local Red cross and village leaders to announce their health?services. The team members composed of physicians, paramedics, water and sanitation experts among others?are traveling to the remote areas using a motorbike. 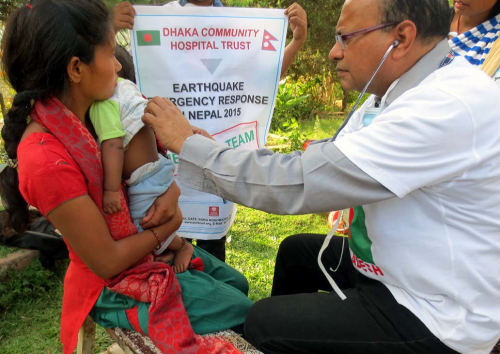 They coordinated with the District Health Office to collect information about the most affected villages, which they narrowed down into 7. Ninety percent of the houses in these villages have been destroyed due to the earthquake and there is a high number of injured and dead. 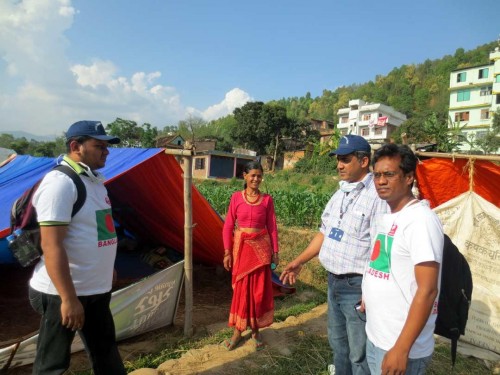 DCH Trust’s Golam Mostofa observed that “Villagers are living in the open field till today, they urgently need medical services, food, water and temporary?tents.?We urgently requested for?tent supplies in this areas as well as hygiene kits. The team is counseling?villagers so they can return to their normal lives. We are also providing water purification tablets to help minimize epidemic?diseases.”

Your warm support for the affected Nepalese will be much appreciated. Make a donation.