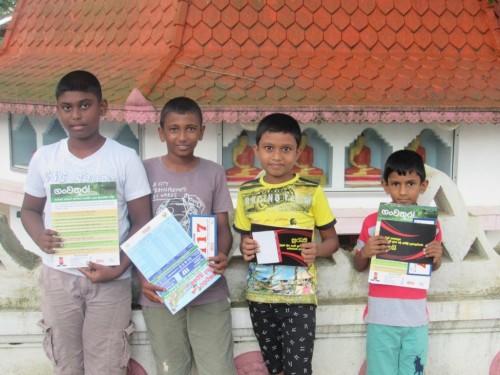 A large-scale Disaster Risk Reduction (DRR) workshop is being held from May 16 in Sri Lanka, a country prone to concentrated heavy rainfall and monsoons each year. A-PAD Sri Lanka, the host for the workshop, also hosted a DRR campaign in coordination with media and local partner organizations in four high-risk areas. Prior to the arrival of the monsoon season, it is important to review evacuation routes and procedures, emergency kit items, and first aid. The lessons learned from the workshop was applied in a real life situation, “(The knowledge learned in the workshop) contributed to lesser fatalities in a flood disaster that occurred after the workshop,” said a workshop participant. 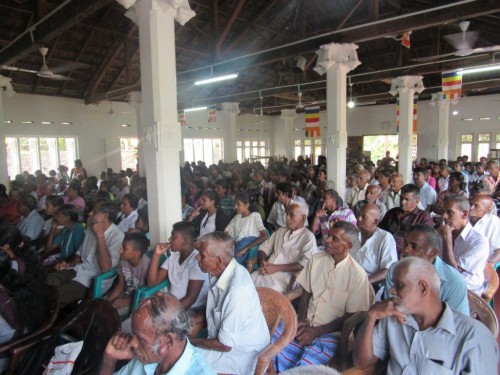 Building on such experience, A-PAD Sri Lanka started a street campaign with a local partner organization, the Disaster Management Center (DMC), and a local business, Sirasa Gammadda, on May 16. The first campaign was held in Palindanuwara Divisional Secretariat, Kalutara District, Western Province and over 650 people participated.

The highlight of this program is basic CPR and underwater survival techniques using plastic bottles and school bags demonstrated by Sri Lanka’s lifesavers. Many businesses also participated and learned various mitigation measures to save employees. Members of national and local governments, military personnel, and civil volunteers took part in the campaign and distributed visibility items such as stickers, flyers, and posters promoting DRR to people walking by. 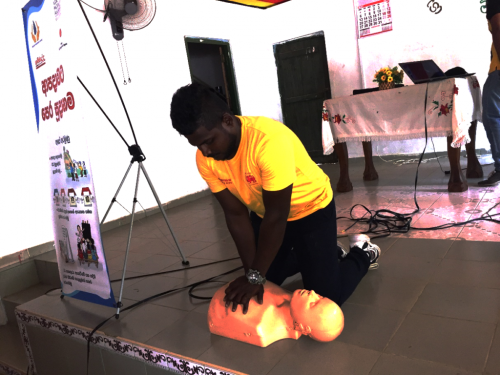 In 2016 and 2017, Sri Lanka lost more than 500 people to natural disasters and suffered from major socioeconomic losses. We cannot avoid natural disasters, however, A-PAD hopes to increase disaster preparedness among local residents by actively engaging in DRR programs.

“The best way to minimize fatalities during disasters is to continually educate people about disaster risk reduction. People must understand and attempt disaster risk reduction measures to protect their families. The workshops will raise awareness and bring greater understanding on what to do in the event of disasters,” said Mr. Firzan Hashim, Country Director for A-PAD Sri Lanka.

Since the series of terror attacks in April, the tense situation continues with the imposed curfew by the government. A-PAD Sri Lanka remains committed to implement diverse and practical programs regardless of affiliation, religion, and race. Thank you for your support and cooperation.

You can help us host the DRR workshops in Sri Lanka. Click on the link below for more details.