7.4-magnitude earthquake hit Sulawesi region in Indonesia at 5:02pm, local time, on Friday, Sep 28. The epicenter was located about 27 km northwest of Donggala causing severe damages in neighboring cities of Palu and Donggala. Due to power and communications blackouts, the total causalities are yet to be confirmed, the National Disaster Mitigation Agency (BNPB) announced about one hour ago that 384 were killed only in Palu city. The road networks to those cities are cut off by landslides etc. and it makes access to those areas extremely difficult.

The followings are on-going and planned actions by A-PAD Indonesia and its partners.

・A-PAD Indonesia has been gathering information on damages with its member organization, ACT（Aksi Cepat Tanggap）, since the first report of the earthquakes.
・It will review damages and identify needs of emergency response activities with ACT and make emergency appeals to its domestic members as well as international partners upon necessity.
・ It is currently working on possible airborne access to the affected areas by a helicopter. The funding sources are to be sought with its member organizations as well as MO emergency funds.
・A-PAD SAR team in Taiwan stands by and is waiting for further updates.
・A-PAD Indonesia is making a list of the first batch of emergency supplies, medicine, food and water etc., to mobilize the funding among its members and with MO emergency response funds so that it can hand them over timely to the victims. 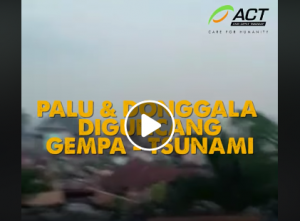