HOMENews【Philippines】Emergency relief assistance to 3,600 most affected families after Typhoon Nona

【Philippines】Emergency relief assistance to 3,600 most affected families after Typhoon Nona 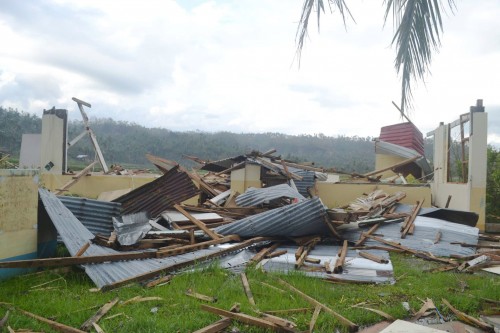 On December 14th Typhoon Nona (International name Melor) made landfall in the Philippines and caused damage to several parts of Luzon and Samar islands. As of December 24th, the National Disaster Risk Reduction and Management Council (NDRRMC) reported 42 dead, 24 injured, and 4 still missing. In addition, a total of 279,487 houses were damaged (totally-98,371/partially-181,116). The damage to infrastructure and agriculture was estimated up to PHP 5,455,183,879.80.

A-PAD Philippines national representative Citizens’ Disaster Response Center (CDRC) and its regional partner Tarabang para sa Bicol, Inc. (TABI) have surveyed the most damaged areas and planned to conduct emergency relief assistance in the Sorsogon region. The response prioritized families that were hardest-hit yet have no access to relief services. After brief consultation and preliminary selection, CDRC and TABI targeted a total of 3,600 families to be served. The affected families have expressed that food is the most urgent need for them at this time.

In order to respond to their needs, CDRC and Tabi distributed relief packs to the residents in four barangay in the Sorsogon Province on December 30th, 2015. The relief packs contain food items such as 10kg rice, 1kg beans, 1kg dried fish, 6 tins sardines and 1 liter cooking oil. 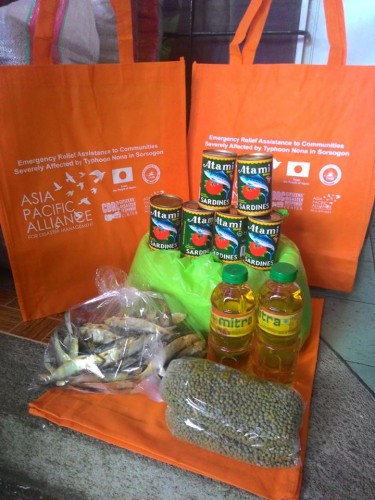 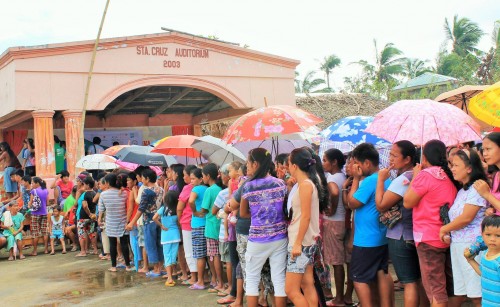 Through the platform, collaboration with private companies and the government went smoothly and quickly. The local government undertook transport of goods. The Provincial Government of Sorsogon through the Sorsogon Provincial Disaster Risk Reduction and Management Office (SPDRRMO) provided free transportation service. Four government trucks were used to transport the relief goods from the Operations Center of APAD Philippines in Daraga, Albay to the beneficiary communities in the towns of Casiguran and Irosin in the Sorsogon Province. 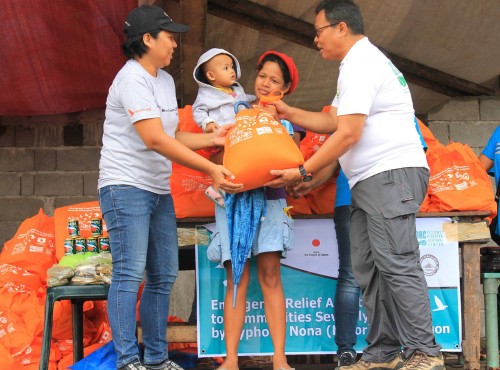 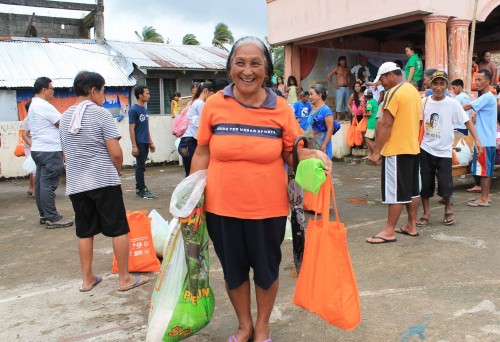 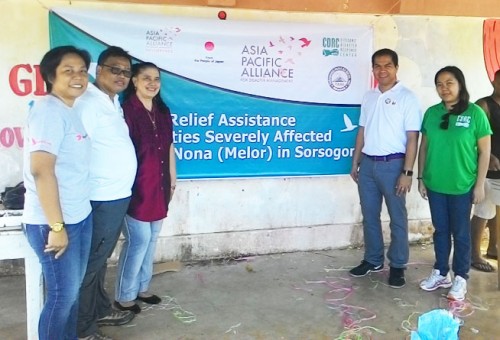 Both the presidents of SCCI and MNCCI joined the relief delivery in Casiguran and Irosin on December 30th, 2015. The SCCI contributed 3 boxes of assorted canned food and noodles.