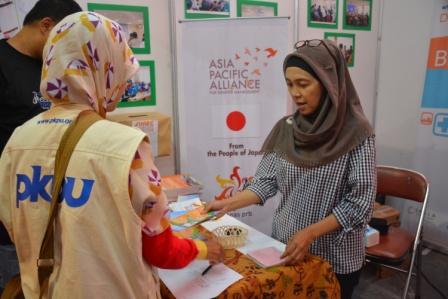 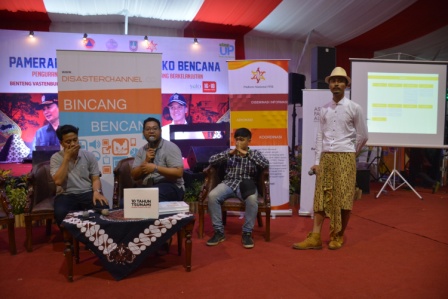 The aim of IDDR this year was to highlight the power of traditional knowledge in the protection of indigenous people and local communities. Ms Trinirmala Ningrum, Secretary General of PLANAS who is representative of SKALA, an independent non- profit organization of journalists, and Mr. Raditya Nugie, coordinator of the Online Knowledge Management Center (DisasterChannel.co) attended as speakers at a public discussion titled “Synergy Together for Disaster Management in Indonesia.” Ms Ningrum stressed that media plays an important role in educating people about disasters and raising awareness of the importance to be prepared. She stressed that the media should also function as an early warning system. During the event, Mr. Nugie who has led the development of DisasterChannel.co, a comprehensive website for disaster related information, circulated bulletins from the website to promote public awareness of the need to be better prepared for disasters. 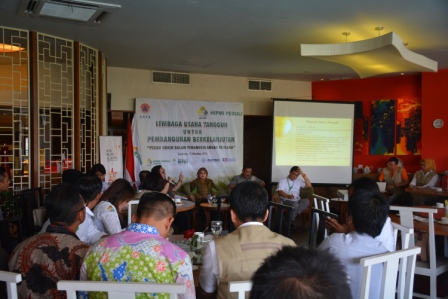 DisasterChannel.co is a part of the joint project of A-PAD and PLANAS funded by the Ministry of Foreign Affairs of Japan to strengthen local resilience and disaster risk reduction through the development of national and local multi stakeholder platforms.