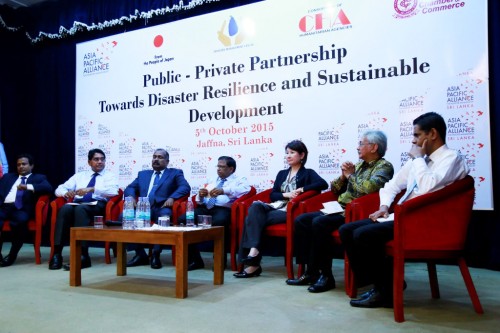 Asia Pacific Alliance for Disaster Management (A-PAD) hosted an international symposium titled “Public-Private Partnership Towards Disaster Resilience and Sustainable Development” on October 5th in Jaffna, Sri Lanka. About 180 participants from seven Asian countries and from multiple sectors such as NGO, business, and government attended it, discussing how to share and utilize knowledge and experience of each country. The symposium attracted attentions in Sri Lanka, as four national newspapers reported about it. 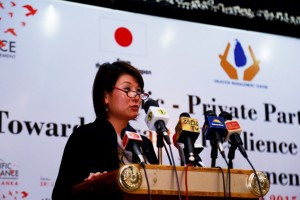 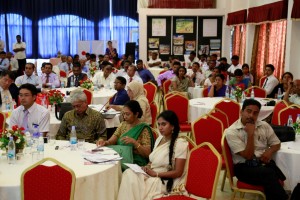 In the panel discussion about multi-sector collaboration in disaster response, representatives from Sri Lanka, the Philippines, Indonesia, and Japan presented their successful collaboration cases in each country. In the following Q&A session, Participants asked such questions as the role of private companies in emergency response and disaster risk reduction and the importance of psychosocial support.

On the following day, A-PAD members visited Kayts Island in Jaffna to see how rainwater tanks placed for securing drinking water have been used. They also visited the school destroyed during the conflict, and the representative of Sri Lanka Rotary Club showed an interest in repairing the school building. 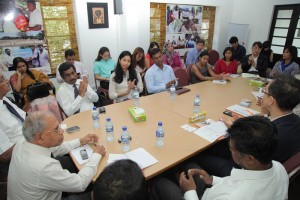 On October 7, A-PAD Sri Lanka hosted a round table inviting representatives from seven major companies and agreed to form a working group to enhance collaboration with companies.

Based on the results of the symposium, A-PAD aims to improve the multi-sector collaboration mechanism for disaster response and save more people from disasters.