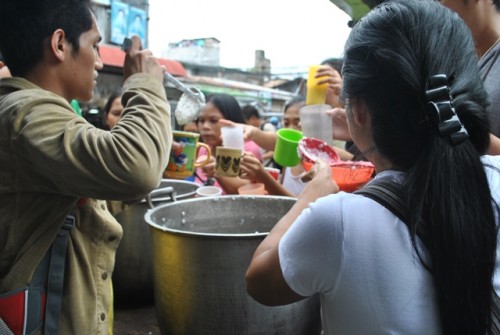 Last week’s continuous rainfall brought by the Southwest monsoon has resulted in heavy flooding in many parts of Metro Manila and provinces in the Southern and Western part of Luzon island in the Philippines. While floods have subsided in some areas, according to the National Disaster Risk Reduction and Management Council (NDRRMC), as of August 26th there are still 78,000 people staying in 359 evacuation centers and 231,000 more who are displaced.

Alliance member Citizen’s Disaster Response Center (CDRC) has been conducting hot meals distribution in several evacuation centers in the capital, but to be able to reach those affected in the far flung areas, CDRC has sent an appeal for assistance. In response, fellow Alliance member Civic Force (CF) and its partner organization Peace Winds Japan (PWJ) have applied for project funding to conduct relief operations together with CDRC in the affected areas. CF and PWJ are aiming to begin relief activities as soon as Thursday, August 29th.