HOMENewsCivic Force and CDRC deliver relief goods in the Philippines

Civic Force and CDRC deliver relief goods in the Philippines 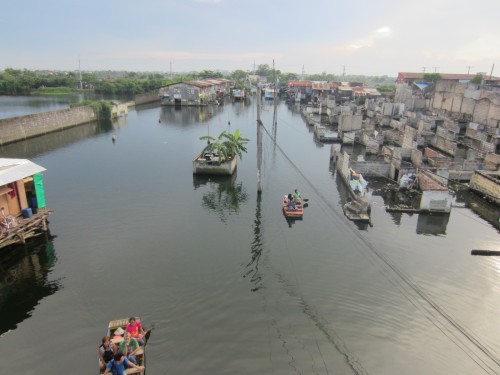 In response to the appeal sent by Manila-based Alliance member Citizen’s Disaster Response Center (CDRC), Civic Force has sent financial support and dispatched staff to monitor the relief operations in several areas affected by the flooding in Luzon island, Philippines during the third week of August. Fellow Alliance members Civic Force and CDRC conducted relief pack distributions from September 2-7 covering a total of 2,600 households in Metro Manila and the nearby provinces of Tarlac, Nueva Ecija and Zambales. Funding was made possible through the assistance of Japan Platform. 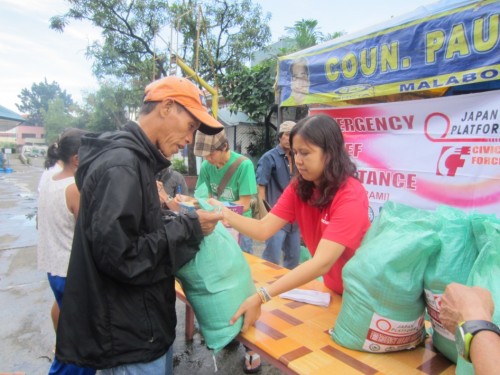 Each relief pack contained 8 kilos of rice, 1 kilo of mongo beans, 1 kilo of dried fish, 6 cans of sardines, and 500ml of cooking oil. Each pack is assumed to last 3-5 days for a family with 4-6 members. All the target areas have been initially assessed by CDRC’s regional and local partner organizations, Alay Bayan Luson, Inc. and CREST, who determined those who are in most need of food assistance. Most beneficiaries in Zambales, Tarlac, and Nueva Ecija are farmers who lost livelihood means as a result of the floods that?damaged crops. In Metro Manila, most of the beneficiaries are living in slum communities located close to waterways such as creeks, rivers, and bays, and are such prone to heavy flooding during the typhoon season.

This is the fourth time that Civic Force and CDRC have worked together in bringing post-disaster assistance in the Philippines.