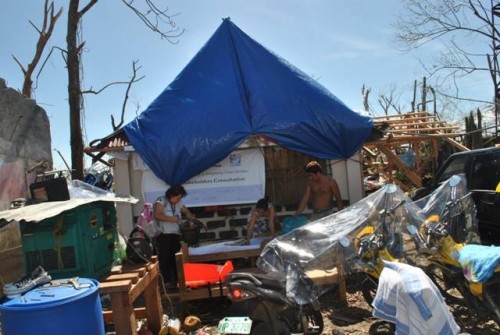 Korean Alliance member KDRA has confirmed it will implement an early recovery project for Typhoon Haiyan victims together with Philippine-based member CDRC. The project is a livelihood assistance program that aims to benefit 2,000 households through agriculture and fishery assistance. In addition, KDRA has also set aside approximately 25,000 USD for the reconstruction of Leyte Center for Development’s (LCDE) training center, which was severely devastated by the typhoon. LCDE is CDRC’s regional center located in Palo, Leyte province.

The livelihood assistance project amounts to approximately 240,000 USD and is expected to be implemented over the course of 3 months in Marabut Municipality and Basey Municipality of Samar Province. The agriculture assistance component consists of distribution of vegetable seed packs to 2,000 households as well as rice seeds and farm equipment to another 200 households. The fishery assistance involves a payback plan in which 30 boats will be provided to and shared between 60 families, who are expected to pay for the eventual ownership of the boats over the period of 1 year and use the resulting income for repairs and additional boat purchase so that eventually each household will own one. Moreover, the fishery assistance component will also see the distribution of 100 fishing nets.

The program details were developed in consultation with LCDE and CDRC, and the project itself is expected to be launched during the first week of February after KDRA deploys its project staff on the ground.