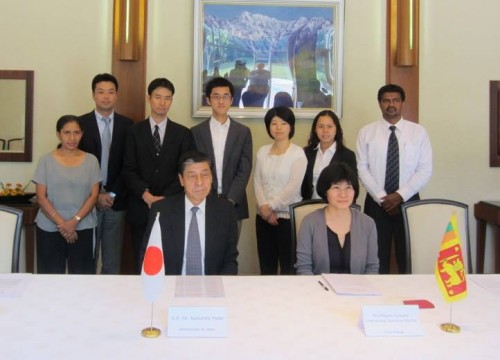 On February 13th, APADM Japan National Platform representative Civic Force attended the signing ceremony of the Grant Assistance for Japanese NGO Projects for the “Capacity Building project on community-based disaster risk reduction” at the Japanese ambassador’s residence in Colombo, Sri Lanka. Civic Force will implement the project for one year with local partner, APADM Sri Lanka National Platform representative Consortium of Humanitarian Agencies (CHA). The grant amounts to 291,005 USD and will be carried out for one year from February 13, 2014.

Sri Lanka is currently experiencing various challenges including post-war reconstruction, rehabilitation in the areas struck by the 2004 Indian Ocean tsunami as well as frequently occurring natural disasters such as flooding, drought, and landslides.

This project aims to enhance collaboration among the civil society, private and public sector as well as?between community, district, and national levels, 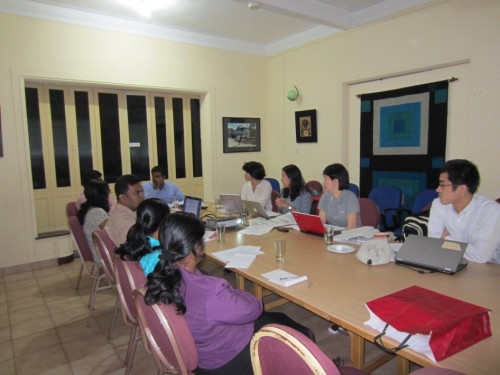 which will prepare government and private organizations for future disasters by improving their disaster management capabilities. For the first year,?the project is to be implemented in Colombo and another district in Sri Lanka, wherein capacity building workshops will be held at the community and district levels with the goal of creating a cooperation system involving all sectors. The project will culminate in an international symposium that will aim to share disaster management experiences between Sri Lanka and other Asia Pacific countries.

The press release of the signing ceremony can be accessed at the Japanese embassy’s website: http://www.lk.emb-japan.go.jp/eg/contents/press%20releases/press_rel2014.htm#civicforce