HOMENewsParticipation at the 6th AMCDRR

Participation at the 6th AMCDRR 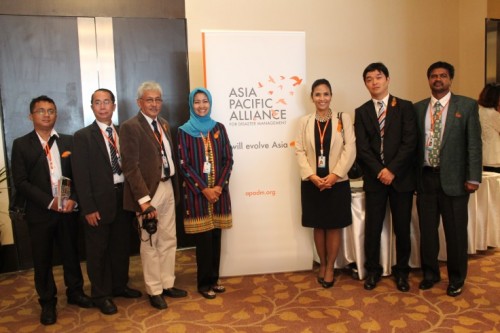 Representatives from the Philippines, South Korea, Indonesia, Sri Lanka, Bangladesh as well as from the Management Office in Tokyo came together in Bangkok, Thailand to represent APADM at the bi-annual 6th Asian Ministerial Conference on Disaster Risk Reduction (AMCDRR), which was held on June 22-26, 2014 at the Bangkok Convention Center.

On the 23rd, APADM hosted a side event entitled “Win-win partnership between the private and CSO sectors in disaster management through networking and regional alliance”. Each country representative gave a short presentation on best practices in their country under the theme of collaboration between private companies and civil society organizations in preparation for and in response to disasters. Questions from the audience were raised including an important issue on how to think about this partnership from the perspective of the private sector and how to encourage them to contribute to this collaboration. Firzan Hashim of Sri Lanka reiterated that it is important to think of the CSO-private sector collaboration as a win-win partnership. CSOs can help sensitize the private sector proactively and inform them of what they can do together in DRR and disaster response activities. It is important to think from the private sector’s perspective in terms of economics, profit, and benefit in collaborating with CSOs in the long-term. 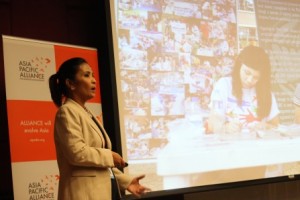 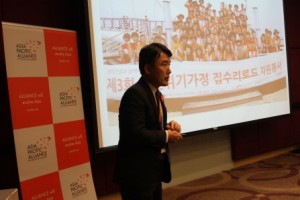 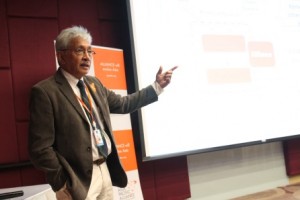 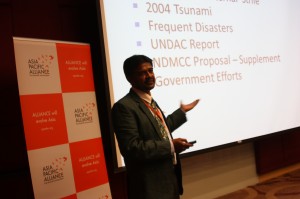 APADM submitted its recommendation for the HFA2 (Post-2015 Framework for Disaster Risk Reduction) regarding the issue on CSO-private sector collaboration. The said recommendation was included during Technical Session 3, which was the preparatory session for the Plenary on Private Sector Role ? Public and Private Partnership for DRR. Below is the summary of APADM’s recommendations:

1. CSO-private sector collaboration should be considered as a win-win partnership where both are equal. CSOs must be proactive in approaching and involving the private sector. In order to understand their nature it is recommended to learn and think from their perspective in terms of economics, profit and benefit in collaborating with CSOs.

2. Allow the private sector to lead instead of having them as an object in DRR forums, so their voice can be heard. Private companies must be encouraged to be involved in the entirety of the disaster management cycle, and not just on one aspect such as preparedness.

4. Create an enabling environment to engage with small and medium enterprises (SMEs) especially since they play important roles in the communities they operate in.

5. Strengthen the role of the local network as hub within each country as well as the Asia region with systematic capacity building programs.

APADM will continue to work towards involving the private sector in all aspects of disaster management in the Asia Pacific region and put forward its inputs in the coming World Conference on Disaster Risk Reduction in Sendai, Japan. 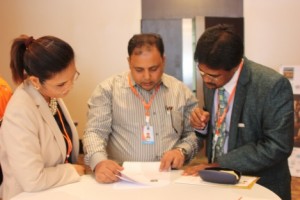 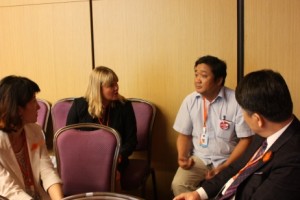