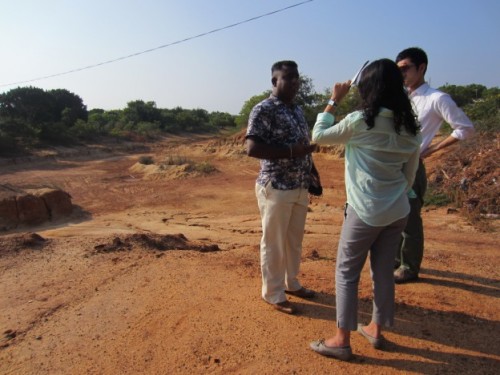 Severe drought in several districts in Sri Lanka has left many families without drinking water in addition to the destruction of thousands of hectares of cultivated land. The Disaster Management Centre stated in its report that over one million people in Sri Lanka have been affected by the drought. Three consecutive years of natural disasters has undermined household resilience; populations in affected areas have built up unsustainable levels of debts, have insufficient access to water for irrigation, have limited quality seed supply and are exposed to a continued decline in agricultural income. The WFP concluded that as a consequence, food insecurity has increased dramatically to an estimated 768,000, which is more than double the caseload in 2012.

APADM Sri Lanka, headed by national representative Consortium of Humanitarian Agencies (CHA), met with government, UN and NGO officials in order to assess the response given the large-scale need and agreed to respond where gaps are severe, needs not met and avoid duplication. A proposal was submitted to APADM on August 5th for drought relief worth 30,000 USD. The funds were remitted from APADM’s emergency response pool fund and will be utilized to help 1,500 families in the districts of Hambantota, Polonnaruwa, and Mullaitivu. The response will consist of distribution of dry ration packs of food items as well as provision of water tanks for village water points and household water containers.

CHA will be the implementing agency through the APADM Sri Lanka national platform. The response will be complementing government assistance along with UN agencies and the private sector. The platform’s network of suppliers from the private sector will be utilized in delivering goods to the target areas.