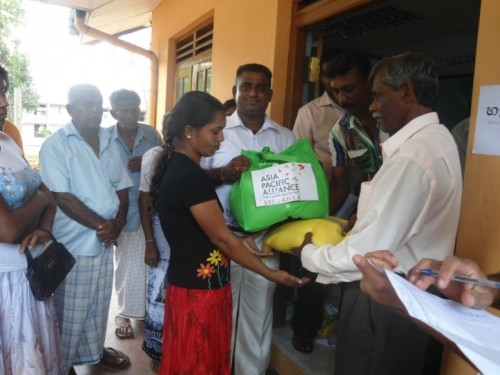 In order to respond to the needs of the drought-affected population in Sri Lanka, Asia Pacific Alliance for Disaster Management (or A-PAD) released 30,000 USD from its emergency response pool fund to A-PAD Sri Lanka representative CHA (Consortium of Humanitarian Agencies). A-PAD Sri Lanka is the national platform that was launched recently in Colombo and composed of members from the civil society, aid agencies, government, and the private sector. According to CHA Deputy Executive Director Mr. Firzan Hashim, the severe drought is affecting 17 out of 25 districts and the fact that over a thousand families in the Trincomalee district have been displaced is testament to the seriousness of the situation. The Sri Lanka government and other I/NGOs are providing limited assistance and CHA has received requests from District Secretaries to complement government efforts.

As implementation agency of the A-PAD Sri Lanka, CHA coordinated with local governments, the Disaster Management Centre, private companies, and other aid agencies to assess gaps and unmet needs, and avoid duplication in order to come up with an effective and efficient relief program. From August 18th to 22nd, food and nonfood items were distributed to 3 drought-affect districts: Hambantota, Mullaitivu, and Polonnaruwa. Distribution of 1,000 dry ration packs containing food items such as rice, sugar, sardines, pulses, soya meat, and tea leaves were conducted. In addition, 40, 1000L storage tanks were installed in the communities, with each tank to be shared among 15-20 families. Five hundred families also received household buckets for storing water.? In all, more than 1,500 families were served by this program.

Through the Platform, collaboration with private companies and the government went smoothly and quickly. The local government undertook beneficiary selection, transport of goods from drop off points to the communities and administrative issues in delivering goods to the most vulnerable. CHA coordinated, facilitated and monitored the receipt of goods by the beneficiaries. A-PAD Sri Lanka member and nationwide supermarket chain Cargills ‘Food City’ and CHA have agreed on a novel concept to reduce cost and optimize funds by consigning the procurement, packing and transportation of the ration packs to Cargills. Arpico and Phoenix, who supplied the buckets and water tanks also provided the items at very low costs and undertook the delivery to the districts. The local government offices and disaster management coordinators in relevant districts and divisions provided resources and labour in distributing relief aid to interior villages with community participation. All aid relief were personally supervised by CHA staff.

CHA is also coordinating the resources coming from A-PAD Sri Lanka members willing to provide assistance. Three Rotary Club branches have donated a total of LKR 370,000 to the Platform, which will be utilized to provide further relief to other drought-affected communities. 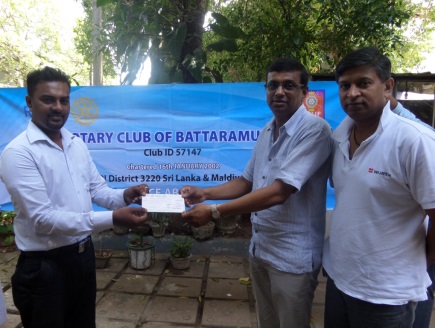