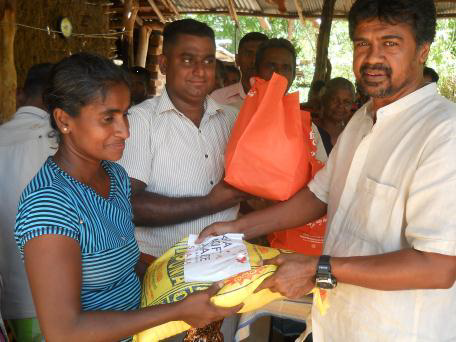 Asia Pacific Alliance for Disaster Management (A-PAD) Sri Lanka continued providing drought relief to additional villages in Hamabantota District in the Southern Province which had yet to receive rainfall and were dependent on agriculture. The lack of water for cultivation for the past many months has affected livelihoods and left irrigation tanks and channels dry. The Hambantota district platform, consisting of the local Chambers of Commerce, NGOs, and government representatives, and the Consortium of Humanitarian Agencies (CHA) as representatives of A-PAD Sri Lanka liaised with government officials to organize an awareness and relief programme for 150 families affected by drought in two villages. The programme included awareness on water management, a shramadana (community voluntary service) in water management and the distribution of relief packs. 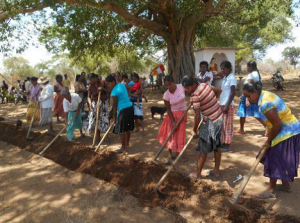 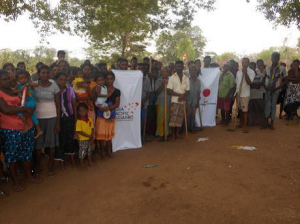 The programme was conducted on September 11. A-PAD Sri Lanka received donations from the Rotary Clubs of Colombo Metropolitan, Colombo West, Battaramulla and Rotaract Club amounting to 380,000 LKR for this project. A-PAD Sri Lanka member Cargills Ceylon Limited, a nationwide supermarket chain, delivered 150 relief packs consisting of food items to the district secretariat of Hamabantota at a special agreed rate with transport and delivery as their contribution to the effort.

One of the beneficiaries, Mala Tennakoon of Elalla Wasama, village said, “ We have been living in this village for the past 30 years and have not faced a devastating drought of this magnitude. The last few months have affected our livelihoods severely. It was during these very difficult times A-PAD has come to our rescue which is of great strength to our families and village.” 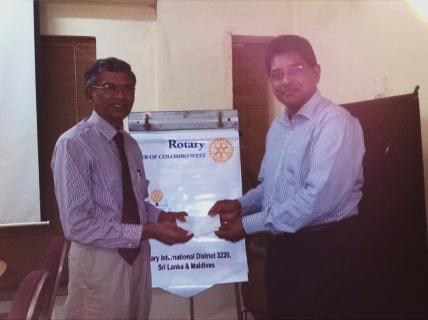 Ceylon Chambers of Commerce (CCC) also initiated a relief programme for victims affected by drought in the districts of Anuradhapura in the North Central Province and Trincomalee in the Eastern Province. The programme was coordinated through A-PAD Sri Lanka whose network provided the required assistance in delivering relief items to the communities.

A total of 14 private sector entities including CCC provided cash and dry rations which were distributed in liaison with government authorities and with the participation of Deputy Minister of Economic Development Hon. S M Chandrasena. 790 families benefited from this relief programme last September. 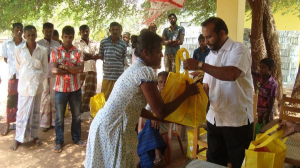 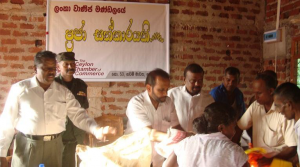