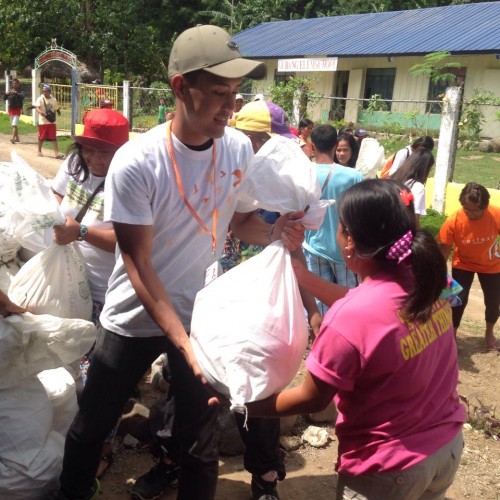 Citizens’ Disaster Response Center (CDRC) and its regional partner Ilocos Center for Research, Empowerment and Development (ICRED) have surveyed the most damaged areas and came up with a program to distribute relief packs in barangays Isic-Isic, Cabayo and Canaam, in the municipality of Vintar, Ilocos Norte. It’s a two hour drive from the town center to these villages, and for a time, they were isolated and roads were not passable to all types of vehicles after tropical storm Mario lashed the country. The crops planted by most beneficiaries were damaged by heavy rains and severe flooding. 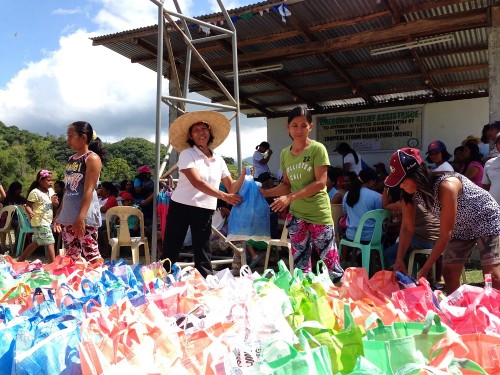 According to the report of the Provincial Disaster Risk Reduction and Management Council (PDRRMC), the total estimated damage brought by Mario to Ilocos Norte is PHP 665 million.

One of the victims, Ronnie Agresor, said “The typhoon caused extensive damage to my crops; I think our income will decrease to 50-70%.”

In order to help the local residents cope with the effects of the two storms, A-PAD provided food packs each containing 25 kilos of rice, 12 cans of sardines, 1 kilo of mung beans, 1.5 kilos of dried fish and 2 liters of cooking oil. The packs were distributed to a total 550 families from Oct 15 to 17. 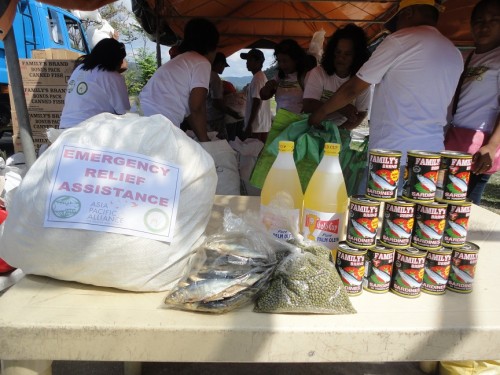 “For two weeks, Barangay Canaam was isolated and impassable due to landslides and our rice fields were flooded by the heavy rains. Because of that, my family had to get by with little food supply. During this difficult time, A-PAD was the only organization who came to our aid. I would like to thank A-PAD for their warm support.” Lewin Trinidad (resident of Ilocos Norte) said. 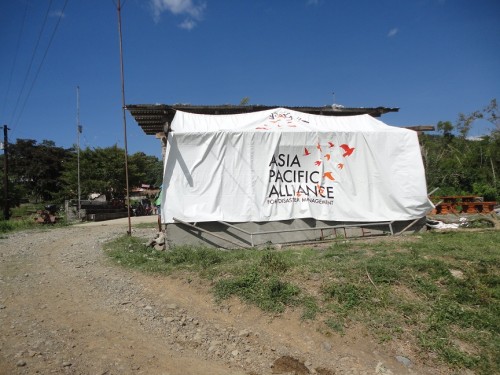 The relief program was supported by the local government of Vintar, Ilocos Norte, who provided the use of the Municipal Disaster Risk Reduction and Management Council’s (MDRRMC) truck for 3 days during the relief distribution in the communities. Vintar Municipality’s Vice Mayor, Gen. Roy Albano, attended the distribution of relief packs.