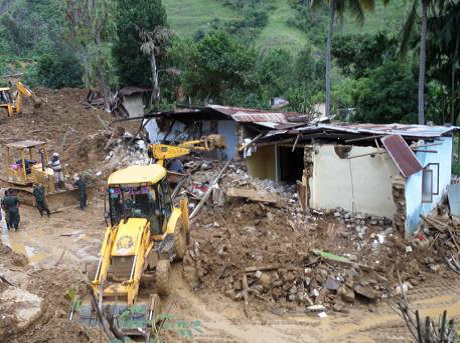 A massive landslide in Meeriyabadda area in Kotabathma Grama Niladhari Division in the Haldumulla division of Badulla district occurred at approximately 0730 hrs on 29 October 2014. 1067 people (320 families) in Ampitikanda tea estate are affected. Over one hundred are estimated to be missing and the search efforts are continuing. Of the total number of children who attended school that fateful day, 75 are orphaned. Seventy-three buildings have been totally demolished which includes 66 houses. 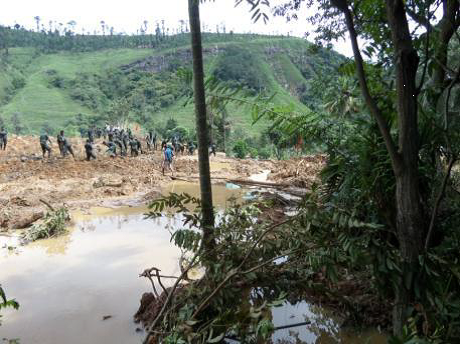 Two schools, Koslanda Tamil Vidyalaya and Poonagala Junior School are temporarily housing the displaced. People from other risk areas are being evacuated to these two temporary shelter areas. Safe centres will be increased to house more evacuees.

A-PAD Sri Lanka activated its platform led by Consortium of Humanitarian Agencies (CHA) and Ceylon Chambers of Commerce (CCC). Response from the newly established A-PAD Sri Lanka was enormous. As of October 31st, over twenty five corporations have handed over relief items to A-PAD SL, which is being segregated and made into family packs for distribution. Cash donations are also being received by corporations and well-wishers.

A-PAD Management Office responded within hours by transferring 3 million JPY on October 31st to support the relief efforts of the national platform. A very urgent need was generators with search lights to continue 24/7 rescue operations. ?Part of the funds have been utilized to purchase three generators (4.5 KV) with search lights and which could be maneuvered in the disaster zone. They were handed over to the Ministry of Disaster Management by A-PAD SL in support of the search and rescue. 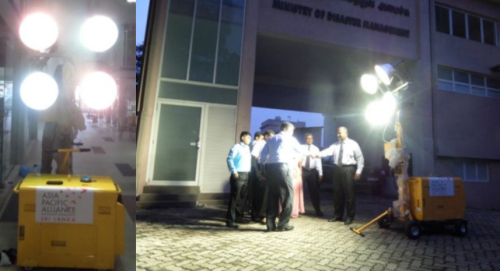 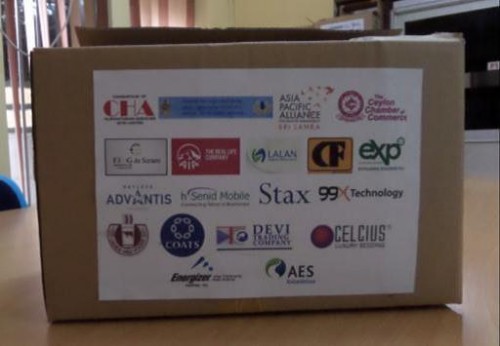 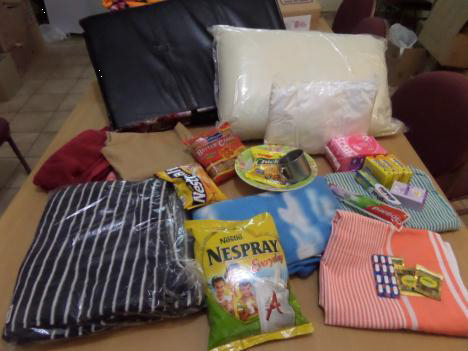 Other essential items included tarpaulin, foldable mattresses, pillows, masks and rubber gloves.?CHA handed over masks and drinking water to Meeriyabadda Operation Centre for use by personnel involved in the search operation. 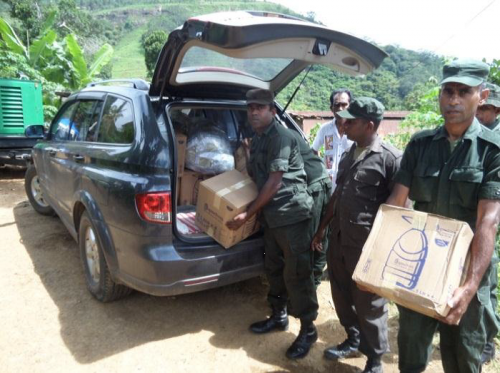 Officials in the welfare center have stated that there is an influx of relief items which are being distributed among the evacuees. CHA in liaison with the Disaster Management Centre and ground reports is monitoring the relief operations at the two welfare centres. A phased out assistance is essential to ensure that the displaced receive continual assistance as the situation entails a long period in transitional shelter with psycho-social intervention.?Relief packs and other items received will be delivered in consultation with authorities ensuring that essential beneficiaries receive in person. Cash donations received locally will be utilized for purchase of essential needs for families targeting women and children. 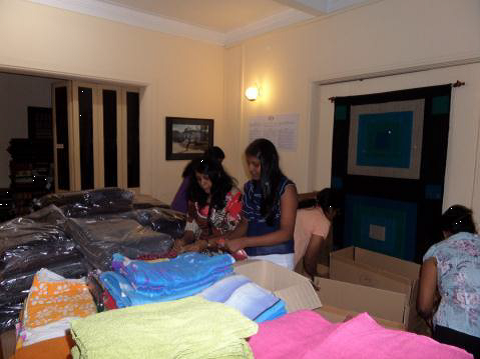 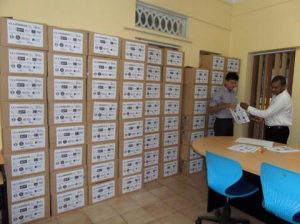 A-PAD Sri Lanka will monitor the situation and deliver on a need basis. Short and long-term strategies in supporting those homeless due to the tragedy will be planned.

A-PAD Sri Lanka sincerely thanks corporations, agencies and individuals who responded to the call. A-PAD Sri Lanka also appreciates the immediate response of A-PAD Management Office, Japan Ministry of Foreign Affairs and the people of Japan for their generous contribution which enabled the donation of three generators fitted with search lights and other essential items to expedite search and rescue operations.