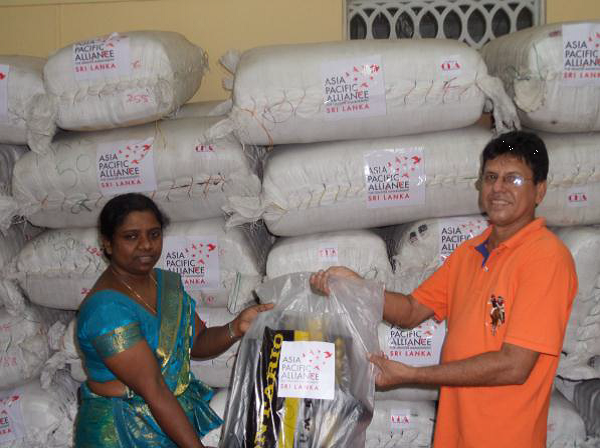 In the latter part of December 2014, heavy flooding, landslides and heavy winds in Sri Lanka due to torrential rains and over spilling of reservoirs have affected over 1.1 million people across 22 districts. Thirty people have been reported dead and six missing. By the end of December an estimated 116,300 people are living in 627 safety centres in 19 districts and 4,742 houses have been completely destroyed with 15,237 houses partially damaged. Out of the total 72 major reservoirs in Sri Lanka, 53 have over-spilled expanding the flood damage to agricultural lands.

A-PAD SL co-chair Consortium of Humanitarian Agencies (CHA) in liaison with the Ministry of Disaster Management, Disaster Management Centre and the District Secretaries of flood affected districts identified the most essential needs and combined purchased items with donated goods. From December 24 to 31, CHA packed all items and arranged transportation for delivery to the districts of Polonnaruwa, Kandy, Badulla, Putlam, Kurunegala, Vavuniya, Mannar and Killinochchi. 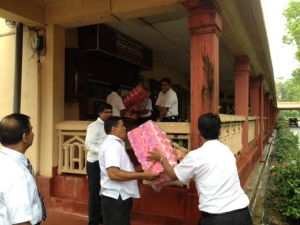 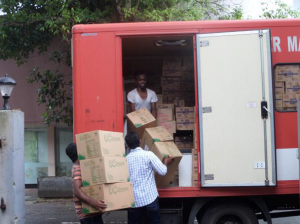 The relief packs contained biscuits and snacks, mats, bed sheets, hygiene packs, wellington boots, clothing, and infant duvets/pillows. They were distributed to welfare centres after determining gaps in relief assistance in coordination with the appropriate ministries and district coordinating officers.

A-PAD SL is coordinating further assistance while CHA will monitor distribution to beneficiaries.