On April 30, 5 days after the earthquake in Nepal, A-PAD and Peace Winds Japan’s joint emergency response team are continuing to conduct search and rescue operations as well as emergency relief assistance in affected areas outside Kathmandu.

PWJ’s SAR team and sniffer dogs conducted operations at the severely damaged locations in Bhaktapur district, following the advice of local residents and authorities who pointed areas where people are believed to be trapped under the rubble. Unfortunately, the sniffer dogs Halc and Yumenosuke could not find any sign of life. They will move to different locations the next few days while gathering information from USAR and local authorities. 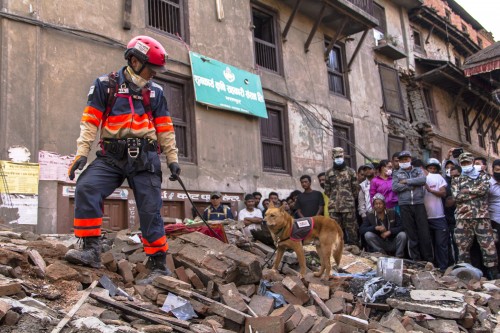 A-PAD member from Bangladesh Dhaka Community Hospital Trust deployed a medical team to Kathmandu, and they arrived later in the day. They met with the rest of the A-PAD team in Kathmandu and plan to set up a medical camp in the affected areas and deliver lifesaving treatment as well as water-sanitation and public health expertise.

Meanwhile, A-PAD’s assessment team visited Chaultara, a remote town in the district of Sindhupalchowk, which is known to have been severely affected with more than 1,400 people dead. They met with a local community-based organization TUKI and local authorities to gather information about the current situation in the area. In Chaultara, Firzan Hashim of A-PAD Sri Lanka reports that “Tensions were high between government officials and the affected people for want of immediate relief items. The team experienced an incident where people were agitating and demanding for assistance from government authorities. Local government authorities are placing mechanisms for relief distribution but the delays are frustrating the local population.” 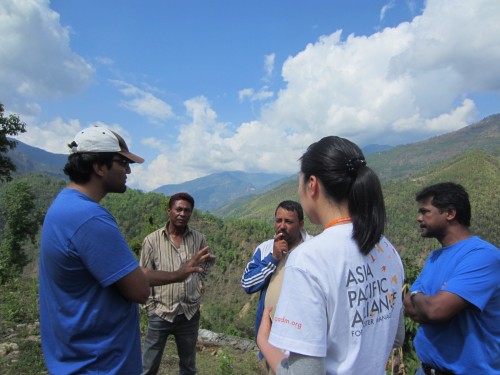 After discussions with a local CBO Zanahi, the team decided to go to Khubinde village. A-PAD COO Kaori Neki reports that from Chaultara, it took about an hour and a half?journey up the mountain?to reach the remote village of Khubinde, where she observed almost all houses were either completely or partially destroyed. 650 families live in this village and most of them are taking shelter in the local school camping outside in makeshift tents. 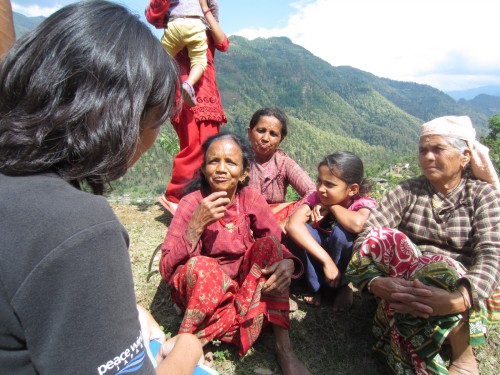 Following a discussion with the community and village leaders in Khubinde, the team distributed 1,540 packs of biscuits to the village leader and Zanahi representatives and planned for delivery of more ration packs. They agreed to distribute 2 packs for each family while creating a list of the affected households. Hashim notes that “It’s a challenge under the current situation in accessing food and relief items timely. However, with the aid of local agencies and direct liaisons with suppliers arrangement are being expedited.” 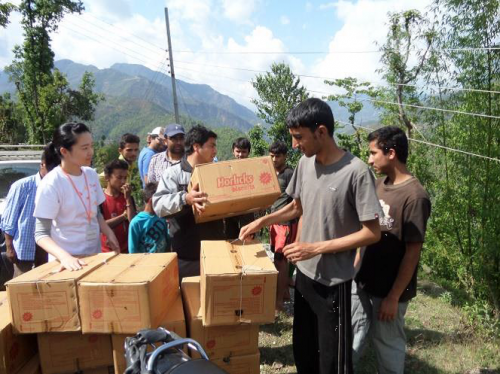 A-PAD is planning to deliver at least 700 food ration packs good for 2 weeks for a family of five in the coming days.

Your support can help us deliver emergency assistance to more people on the ground.