After the Jakarta Flood Response 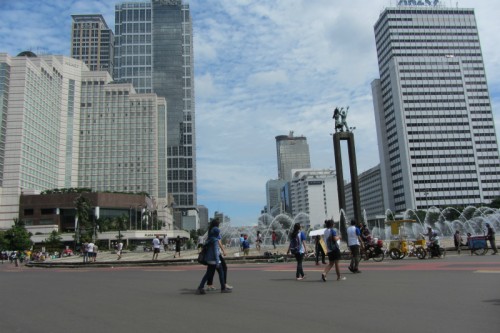 After Jakarta capital city was hit by heavy floods on January 16 -17, 2013, life is back to normal again since this week. The status of state of emergency for Jakarta ended on January 27, 2013. The governor of special Jakarta province found it is not necessary to extend the emergency status anymore.  Jakarta is now at the phase of relief and recovery. Despite the above fact, the National Center for Meteorology and Climatology warns the Jakarta citizens to be prepared for the next rainstorms that might be able to be occurred again due to the unpredictable weather 2013 rainy season.

As noted by the KOMPAS  Indonesia daily newspaper, the death toll from the recent Jakarta floods disaster
has reached  to 41 ( forty one). The government claimed that loss from the impact of the disaster could reach to US$ 3 Billion.

There was no electricity for few days in a number of Jakarta main areas since some Electricity Plants were underwater during the floods.1,847 city electricity transmission stations were down at the time, though now it is already recovered. In some flooded areas, the electricity has to be turned off to avoid electricity short circuits. Impact of the damage has cost ca. US $ 116 Million loss.  Also during these days, City Public Work cannot deliver clean water to the customers because resources were over flooded with waste contaminated water. 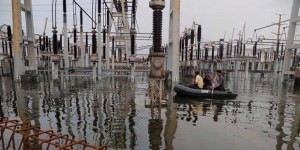 The Electronic Industry Association (Gabel) predicted that the sales for January 2013 will be decreased more than 10% compare to sales of December 2012, which will bring losses to the Industry.

Jakarta flood disaster has hit also small farmers and suppliers of fresh agriculture goods/ products outside of Jakarta as distributions failed to reach their customers on time because most of the roads and railways were heavily under water.

Indonesia Central Bank predicted that Inflation will increase at least up to 1% for the next month City government and communities are now hand in hand in repairing broken dykes and canals.Cleaning sludge-mud, debris, waste and other leftovers after flood high water decreased will be the major problems to be solved. 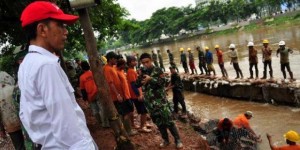 At the moment debates among expertise and city government are on heights on how future strategy should be developed for future preparedness and mitigation against flood disaster which surely will hit Jakarta again.Dr. Jonathan Lassa, a young expert on Disaster Management stated that the cause of  2013 Jakarta flood disaster huge loss mostly due to not functioning well the Flood disaster Early Warning system.

Even though cleaning process is still there, I would like to take this opportunity to show gratitude for your support.