On December 3, in response to Typhoon No.28 (Kammuri, locally known as Tisoy) which hit the Philippines’ Luzon Island, A-PAD Philippines and A-PAD Bicol Regional Platform (BICOL)* began emergency assistance for the victims immediately after the onset of the disaster. 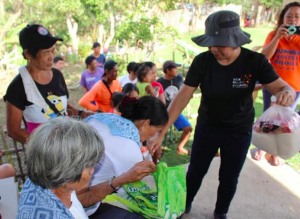 A-PAD BICOL began fundraising promptly after the disaster and received 400,000 pesos (approximately US$7,900) from businesses and individuals including the Philippines Chamber of Commerce. In three days between December 17 to 19, A-PAD BICOL delivered emergency relief items to 1,550 households in three of the most affected areas (Pulang Daga, Legazpi, and Sorsogon). The relief packages mainly contained food items for the victims to survive for several days and they included rice, sugar, canned foods, and drinking water. 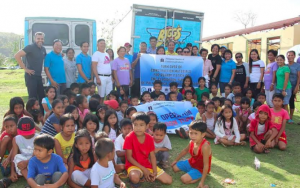 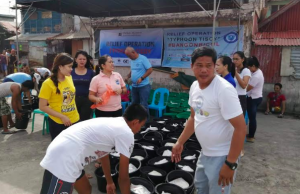