According to the South Korean government, the number of confirmed cases of COVID-19 is 7,979 as of March 13 – the fourth highest number of infections after China, Italy, and Iran.

Daegu has one of the largest number of confirmed cases in South Korea. On February 18 when the 31st case had been reported, the children’s centers around Daegu were requested to close. Almost a month after the closures, the centers have yet to be opened with no end in sight.  Many of the children’s centers offered meals twice a day, both lunch and dinner. For some children, those were the only nutritious meals they had. As an alternative, the government is offering a meal coupon for selected restaurants. However, critics were concerned that some children would still go without meals because of parents being unaware about the meal coupon program or having no time to enroll in the program. 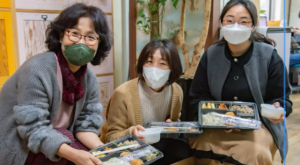 In light of this difficulty, A-PAD Korea is providing 200 nutritious meals for children at children’s centers around Daegu from March 9-20. 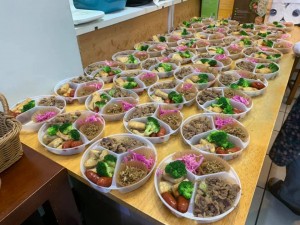 And yet, there is still dire need of assistance in this crisis and A-PAD Korea is planning on providing as much support as it can. Mr. Lee said, “I felt 200 meals per day is not enough after meeting the children today. We are preparing to provide 1,600 meals per day starting next week for children at the centers.”

This project is made possible by many supporters including Korean’s Consumer Co-op ‘s Federation (iCOOP) and donations made through GlobalGiving.