On Saturday, a joint emergency response group consisting of staff from A-PAD Japan, Civic Force and Peace Winds Japan flew over areas western Japan devastated by massive flooding caused by record rainfall. Some 50 people have died and an equal number are reported missing as a result of floods and mudslides triggered by torrential rain falling since Thursday. The hardest hit areas have been on Kyushu, Japan’s westernmost main island and districts in the western part of Honshu, the Japanese main island. 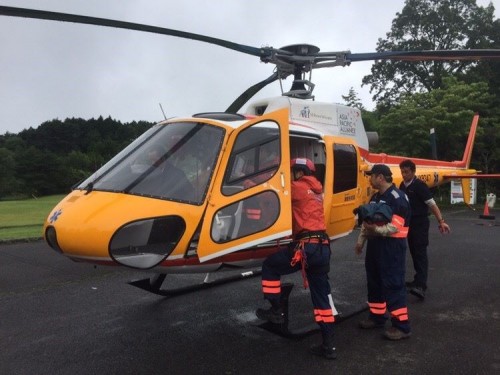 On completing the fly-over, a decision was made to dispatch a search and rescue team with equipment to Kurashiki, Okayama Prefecture, one of the most seriously affected areas. News broadcasts show people huddled on the rooves of their homes waiting to be rescued as flood waters continue to rise. A-PAD Japan is preparing to deliver emergency goods and to send volunteers into the most affected areas as part of a coordinated effort. 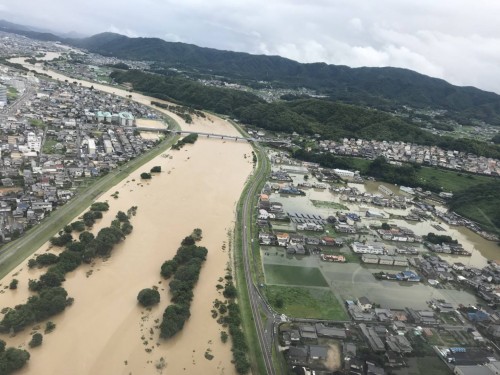